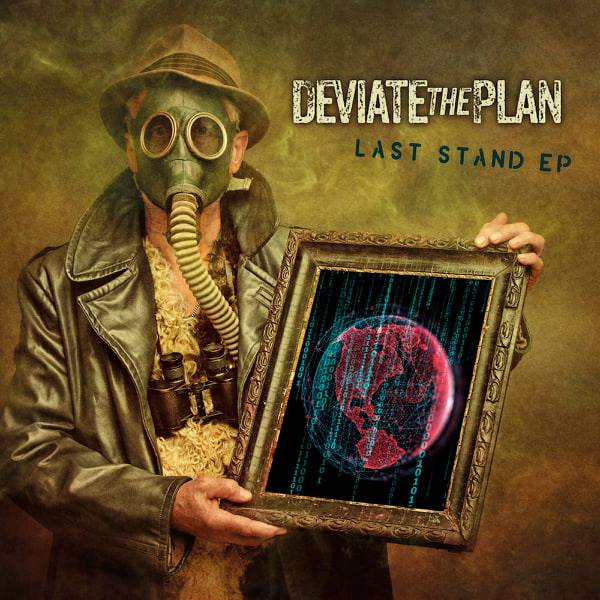 Deviate the Plan formed in 2016, the band is composed of vocalist/guitarist Chris Whipple, bassist Carson Schaller, and drummer Jake Jansen. Influenced by bands such as Metallica, the Foo Fighters, and Godsmack, Deviate the Plan bring forth sonic versatility that is not only hard hitting, but also melodic, captivating listeners to sing along, get moving, and beg for more.

Through 2017 and 2018, Deviate the Plan headlined venues and supported national touring acts such as Saliva, Wayland, Burn Halo, Doll Skin, Next To None, Nova Rex, and Fozzy. Deviate the Plan  also received an award for “Best Up and Coming Rock Act” from the Tampa Bay Music Network.

The band worked with producer Matt James Dougherty on the EP, who has worked with bands such as Disturbed, Pop Evil, and Megadeth.

Kicking off  this EP is Fight which assaults your eardrums, demanding that you sit up and listen, a fast and furious tempo which does not let up,  The guitars add buzz and fuzz  whilst the drumming is full and accomplished without drowning out the other members of the band.  You can almost see the fight taking place in front of you as all the instruments and vocals battle it out.  There is a short breather about two thirds of the way in but then we are back to barbed guitar  and an almost punk influence from the vocals.

Go Away has a completely different feel being slower and featuring buzzy, chugging guitars and has a more melodic style. The vocals are much more approachable and I really enjoyed the tone with backing, especially the lead into the chorus.  The vibrant guitar adds an extra layer of texture to the softer bass and vocals.  The drumming is accomplished, building in intensity which perfectly works to act as a counterpoint to the guitar.  This is a track that is certain to get you singing along.

Growling guitars and strident bass which lifts into a delicious funky groove  brings   Last Stand to our ears.  This was the first track I heard from Deviate The Plan and thought it was a great track,  the vocals seem to talk about the world and what is happening socially.  They manage to convey passion and anger and are well supported from the drums and guitar.  This track got my head nodding and toes tapping and I enjoyed the change in tempo, allowing a small breather before the fierce guitars ramp things up.

Livin’ Like I’m Dying uses raspy guitars and a slight staccato tempo with a full bass, which manages  to grab its moment in the light,  to great effect.  It is so sharp you could cut yourself on it!  This is a multi layered track that keeps you slightly off balance as you think you know what is coming but then the band slightly change direction.   Aggressive guitar melds with thundering drums and deep bass to bring this track to a close.

I would say that I enjoyed this EP and there is evidently talent on show from all of the members of the band.  I enjoyed the progression of the tracks and getting a flavour of what Deviate the Plan can deliver.