The Marks Cartel are Matt Turner (vocals & guitar), Kristian Tabram (guitar & vocals), Rhodri Allcock (bassist & vocals) and Emyr Lewis (drums). The Marks Cartel formed in 2013 in the tiny Welsh village of Cwmllynfell and took their name from the notorious Welsh cultural icon Howard Marks a.k.a. Mr Nice and his ‘organisation’.

Slave is their new single and is to be launched at the beginning of February 2018  along with a big music video launch gig on 16th December 2017 in Swansea.  The track has already been played on regional and national radio stations.

The Marks Cartel have supported major label artists such as Foals, Pretty Vicious, VANT, Trampolene and The Hearts and played festivals such as The Great Escape and KAYA. They have played NME and Jack Rocks showcase gig with recently playing at the O2 Academy Bristol to launch The Pogues Irish Whiskey. The Marks Cartel have had radio play on BBC Introducing, Fresh off the Net, Frank Skinner Show on Absolute Radio, Nation and also a series theme on SKY TV. 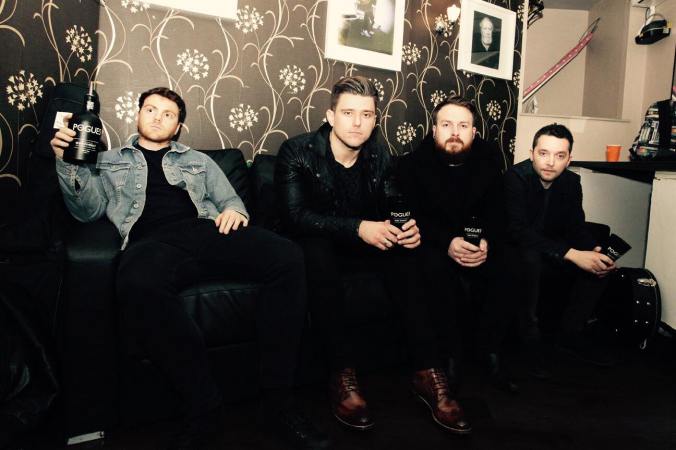 Slave starts off with a wind sound blowing before the guitars kick in.  The initial section reminded me of early Oasis as the vocals have a similar gravelly quality.  However, once the track builds up and becomes darker the shimmers of light from the guitar disappear to be replaced with deep, fuzz from the bass.  This grows into a vivid mass of bass and when the lightness of the guitars come back they have a more sinister quality.  The track powers along, combining darkness and light and coming to a climax with a vibrant drumming combining with rich, deep guitars.

This is a sound that cries out to be played as loud as possible, it has a great beat and I would like to hear more of what The Marks Cartel have to offer.  The single Slaves, will be available on 3rd February 2018 from Spotify and all other platforms.