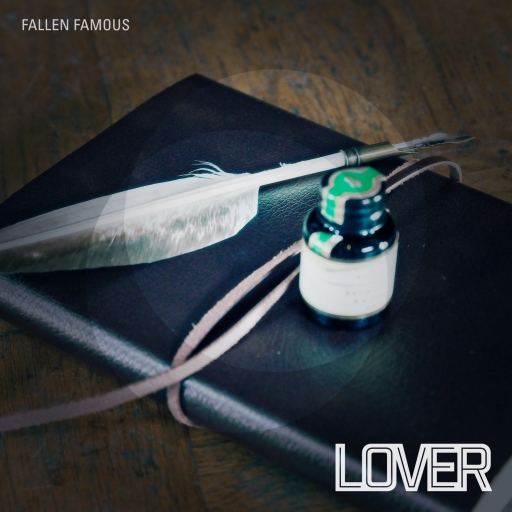 Fallen Famous is the latest single released on 6th October 2017 by London based Lover, and is taken from the current album Human Geography.

Lover are Sarah Bradbury, Jamie Moore, Florence Sabeva, Alex Villar , Simon Lacon and Federico Bianco.  They formed the band towards the end of 2015 and started on their debut album Human Geography in 2016.  Once the album was completed they went on a mini UK tour supporting Earl Slick / Bernard Fowler on the Station to Station Tour. Whilst on tour the band started building a following and garnered great feedback from the public and industry insiders alike.

Starting with a massive distorted sound the track then morphs into very catchy tune with a slight reggae beat.  This is a track which ebbs and flows, using clever techniques to give the illusion of other worldliness.  The guitars add depth and texture   whilst the vocals really compliment the rest of the sounds and make this a track you will soon be singing along to.   The lyrics provide social commentary on the world in which we now find ourselves and can perhaps imagine as a possible future with lines such as “There’s so much that’s broken but nowhere to break

The band describe the inspiration behind the track as coming from a strong image of a run down mansion and group of young people wearing now tattered fancy clothes living there in faded grandeur in a post apocalyptic world – almost playing at being the celebrities they once admired (and contributed to destroying).

I really enjoyed listening to this track, the vocals are really appealing and the lyrics speak of the world in which we find ourselves.